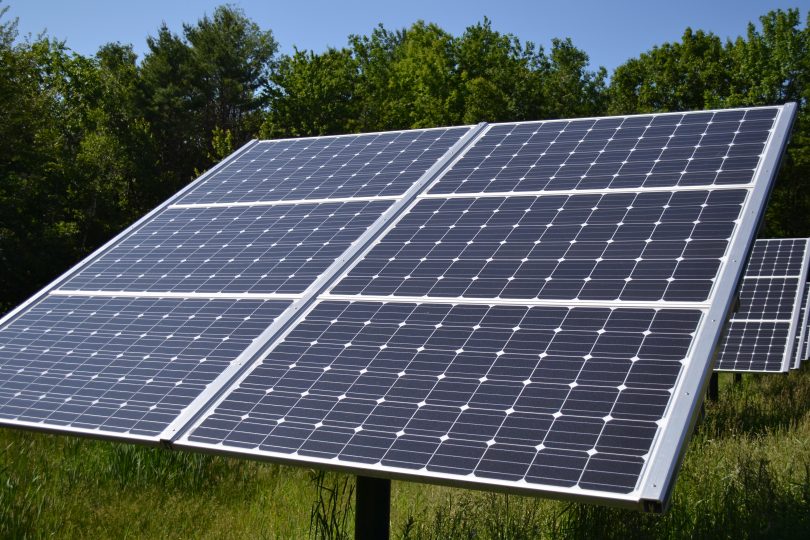 A photovoltaic system, also PV system or solar power system, is a power system designed to supply usable solar power by means of photovoltaics. It consists of an arrangement of several components, including solar panels to absorb and convert sunlight into electricity, a solar inverter to change the electric current from DC to AC, as well as mounting, cabling and other electrical accessories to set up a working system. It may also use a solar tracking system to improve the system’s overall performance and include an integrated battery solution, as prices for storage devices are expected to decline. Strictly speaking, a solar array only encompasses the ensemble of solar panels, the visible part of the PV system, and does not include all the other hardware, often summarized as balance of system (BOS). Moreover, PV systems convert light directly into electricity and shouldn’t be confused with other technologies, such as concentrated solar power or solar thermal, used for heating and cooling.

PV systems range from small, rooftop-mounted or building-integrated systems with capacities from a few to several tens of kilowatts, to large utility-scale power stations of hundreds of megawatts. Nowadays, most PV systems are grid-connected, while off-grid or standalone systems only account for a small portion of the market.

Operating silently and without any moving parts or environmental emissions, PV systems have developed from being niche market applications into a mature technology used for mainstream electricity generation. A rooftop system recoups the invested energy for its manufacturing and installation within 0.7 to 2 years and produces about 95 percent of net clean renewable energy over a 30-year service lifetime.

Due to the exponential growth of photovoltaics, prices for PV systems have rapidly declined in recent years. However, they vary by market and the size of the system. In 2014, prices for residential 5-kilowatt systems in the United States were around $3.29 per watt, while in the highly penetrated German market, prices for rooftop systems of up to 100 kW declined to €1.24 per watt. Nowadays, solar PV modules account for less than half of the system’s overall cost, leaving the rest to the remaining BOS-components and to soft costs, which include customer acquisition, permitting, inspection and interconnection, installation labor and financing costs.

This site uses Akismet to reduce spam. Learn how your comment data is processed.